Spotify, my daily, loyal best-friend and my music muse… well everyone’s really. It is probably hard slash impossible to find someone I know who doesn’t use it.

A few weeks ago, after my obsession with Mumford & Sons starting dwindling, a band was suggested to me, two brothers from Australia. Their 2014 hit It’s My Fault has reached 178,031, which some would honestly say, in this day and age of popularity, is fairly weak.

Saying that, I listened to the track and was immediately transported back to a small, intimate gig, where – when I closed my eyes – I thought that I was sitting in front of Mumford & Sons, without the grand PA system, production and stage. But with Foo Fighter-esque, country tones, serious stage presence and that feeling of…. well, I just want to be friends with these guys. These guys are GOOD. In fact GREAT.

These two brothers, Patrick and Jack, who were always encouraged “to follow their one true passion and that the money would work itself out”, are two of the nicest musicians I have met in years. They love a beer and hugs and crazy faces in Instagram. And do you know what, they are just normal people, who are about to embark on traveling the world with Ben Harper. Like you do. Total dudes.

I spent the afternoon with them at Cornbury Festival and actually wished it had been days…. weeks. Not only were they interesting, there were interested and they were funny… even when it took them five songs to realize it was Newton Faulkner. But I let that slide as Patrick had wicked dreadlocks and Jack’s girlfriend was a babe and I realised, quite quickly, that these were people you could count on.

Not only that – but they have written and devoted a song to their sister Genevieve. I mean…..no words really.

So enough from me – more from them.

They are in Oxford at the O2 this Thursday –  Tickets here

They are in London at Citadel this Sunday – Tickets here 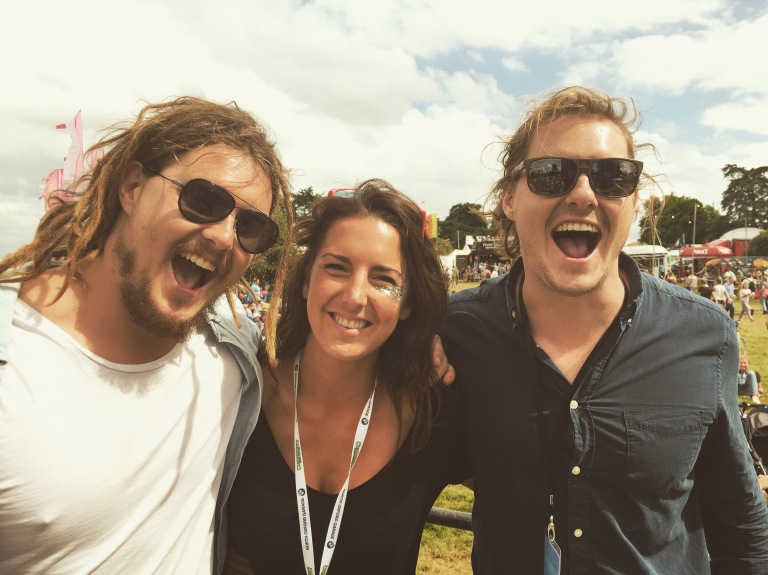